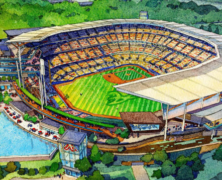 During these apparently quiet off-season periods, it’s easy to lose sight of how much work is being done behind the scenes at baseball information sites. I’ve been busy working on The BABS Project ebook and laying the foundation for 2017 content here on this site.

So, to keep you engaged, here is a preliminary look at some of the articles I have planned over the next few months: