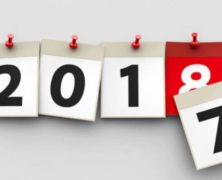 It’s been an exciting few weeks in baseball, what with Giancarlo Stanton lining up his appearances on late night TV and Shohei Ohtani being fitted with mouse ears. Bum elbow? Ha!

Here at RonShandler.com, I’ve been spending a bunch of time with BABS, usually late nights over dinner with a bottle of fine wine. My wife, Sue, has been joining us on occasion as well, because she buys into the whole relationship thing. It’s not kinky. Much. But I digress.

BABS continues to evolve. This website will see some shifting of direction too. “Recalibration” is a good word to describe the changes to both. The following is what you can expect from BABS, and what your membership to this website will bring you, in 2018:

In 2017, we saw the continuation of some extreme statistical trends in Major League Baseball. Left alone, we might have ended up with spring draft lists containing only (P+) batters and (K+) pitchers. The positioning of the bars has changed so BABS had to be adjusted. These tweaks (and they are just tweaks) have been applied to the final 2017 ratings and will be carried over to 2018.

Speaking of 2018 ratings, I expect to publish the first set on or around January 19.

The ranking of asset groups has also been reevaluated. There is plenty of playing time variability within the Full- and Mid-time PT designations; BABS already accounts for that. However, the escalating frequency of injuries turning full-timers into mid-timers, and the resulting new opportunities turning mid-timers into full-timers, create just as much variability between the two designations. So the rankings lists will now list the full-timers and mid-timers of a single asset group successively. This change has already been applied to the current database reports.

Note that the reports also now have a slightly different look. We’ve added some space between each asset group so they are easier to see. The reports are still being tweaked so you may notice additional changes in the coming weeks.

I know the BABS spreadsheets can be a bit cumbersome to use during your drafts and many of you have asked for a software application. I could have invested in the re-creation of the wheel, but developer Merv Pate offered to incorporate BABS into his amazing RotoLab product. It was an offer I could not refuse.

For those who have never experienced RotoLab at your draft, there is nothing like it. Read about it here. I started working with Merv back when I was at BaseballHQ.com about 15 years ago, and he has bought into the BABS concept with fervor. To be honest, the BABS reporting and functional capabilities he has incorporated into RotoLab far surpass what we have on this site. Check it out:

The best part? If you are a member of RonShandler.com and also own RotoLab, access to the BABS module is FREE. Members here get a free “unlock code” to access the module in RotoLab.

You can pre-order RotoLab on their site right now. The 2018 edition will be available sometime in January. You can also get RotoLab at a steep discount if you subscribe to BaseballHQ.com. Lots of ways to do this and save some cash. Yes, it may seem a bit confusing, and perhaps a bit incestuous, but for us, it’s just family.

Admittedly, one weakness of BABS is that she considers all low skilled, low-playing time players as equally replaceable, interchangeable, fungible and bad. For fantasy leaguers in deep-deep leagues, such as 50-round drafts and dynasty leagues, it is tough to tell one crappy player from another.

One way to ferret out possible value is to review each player’s minor league record, especially using major league equivalent statistics. Next month, I will be publishing two files – batters and pitchers – with complete BABS ratings for nearly all 2017 Double-A and Triple-A players. They’ll be presented both alphabetically as well as sorted by asset groups.

Last summer, I began a search for a new report card for BABS, essentially to find a way to measure her true value. Since the goal of the entire system is to help us better construct winning rosters, it seems to make sense that the litmus test should somehow be built around a specific game experience.

This winter I will introduce a possible format, one that measures the value of BABS within the context of our current game’s statistical environment. I will also be setting up some BABS Baseball Leagues – BABLs – and invite some of you to test out the concept. Look for an article on BABL sometime next month.

All of the above additions, enhancements and changes have something in common – they are all focused on your drafts. This is part of a deliberate effort to shift our focus to the time of year when BABS has the most intrinsic value. It makes sense. While some of you do find use in the updates during the season, BABS is really designed to be a long-view tool best used for your draft.

Another thing in common – all those items are free. And a one-year membership will remain at $19.95.

I’ve expanded, enhanced and front-loaded the content because I am going to be taking something away, unfortunately. I plan to reduce the amount of writing I do on the site during the season. My weekly ESPN articles will remain – you’ll continue to have access to my behind-the-wall Insider content from March through the All-Star Break – as will the monthly BABS database updates, but I will be cutting back on additional writing during that time.

I don’t expect to disappear completely, though. If something strikes me but isn’t a fit for ESPN.com, I’ll post it to the site. And RonShandler.com won’t be completely devoid of new content, because…

I’d like to maintain an in-season schedule of two articles per week – my ESPN piece and one other – from April through the All-Star Break, and one weekly – or thereabouts – through the end of the season.

So I am offering the opportunity for two or three of you to write for RonShandler.com. For the most part, I am looking for BABS-related material. It could be some type of player analysis, strategy or conceptual, but there needs to be a BABS tie-in. In all, possibly 24 articles over six months – April to September. There may be a few sprinkled in before Opening Day. Maybe.

REQUIREMENTS: You absolutely have to be a solid writer. Good grammar is godly. You have to know where the Spell Check icon is. You need to be concise and cut to the chase because I’ll be giving you only 800-1,000 words to get your point across. (Note: this article is over 1,200 words to this point so anything you write has to be far shorter than this.) If I have to spend a bunch of time editing your work, I won’t.

I’m not a hardass; there are a handful of BaseballHQ.com writers I hired before the turn of the century who are still there (and I think they still like me). But I am a stickler for writing quality.

The compensation will be nominal – because I have not created an empire like at BaseballHQ.com – and include free membership to the site. But it’s a chance for a few of you to have an outlet for your ideas. Maybe it will lead to something bigger, but probably not here. If you’re a star, I’ll refer you. I know people.

If you are interested, send an email to baseball@ronshandler.com. Write 1-2 paragraphs that tell me why I should choose you and show off your writing style. One-to-two paragraphs. Make it good. Deadline is December 31. I’ll email my decisions some time in January.