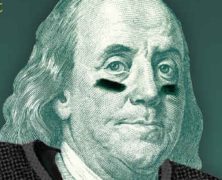 Taking DFS to Task in “Dueling with Kings”

But really, that soft-peddles my position. When it comes to DFS companies, particularly Fanduel and Draft Kings, I am not a fan. Click the link; read what I really think.

I know that many of you do share my opinion; that’s why you gravitate to this site. Unfortunately, when it comes to my industry colleagues, I am on an island. Most of them embrace DFS. The Fantasy Sports Trade Association is completely in bed with them, though admittedly, they were somewhat forced into cohabitation. Money can buy a lot of things. I was a charter member of the FSTA when it formed in the late 1990s, but I allowed my membership to lapse two years ago.

So I was particularly excited when I finally got around to reading Daniel Barbarisi’s book, Dueling With Kings: High Stakes, Killer Sharks, and the Get-Rich Promise of Daily Fantasy Sports.

Barbarisi is a former Yankees beat reporter who had grown weary of the beat. Introduced to DFS, he was an immediate skeptic, dubious that these games were completely skill-based and not gambling. But he was taken in by them and decided to figure out how to become a DFS shark. The book chronicles his adventure while concurrently providing a comprehensive description of the industry events that unfolded in 2015 and 2016.

Barbarisi’s journey is both fascinating and unsettling. It describes the massive excesses that mega-millions has brought – lavish parties, Playboy bunnies and a bunch of suddenly rich data nerds. He tells about how poker industry leaders helped propel the game’s growth. Perhaps most disturbing to this purist was reading about how some of the best – and richest – DFS players are not even sports fans.

Barbarisi describes the escalating media war between Fanduel and Draft Kings, and the events that almost took down the industry. One of the most important moments in the survival saga happened in June 2016 when New York State passed a law legalizing DFS. Barbarisi reported first-hand from the legislative session in Albany and details the chain of events that led to the bill’s passage. (Spoiler alert: It had little to do with the merit of the bill.) If you were not nauseated by politics before, you will be after reading this chapter.

Chapter 10 talks about his experiences at the 2016 FSTA conference where keynote speaker Mark Cuban pushed back at the threat of government intervention. I was at that conference too and had forgotten that I had spoken with the author. So it took me by surprise to find myself quoted in the chapter. I don’t recall the conversation specifically (aging brain syndrome), but the words he attributes to me are certainly things I would have said.

I haven’t personally written much about DFS lately because the current state-by-state damage control… um, lobbying efforts to legalize the sport have been out of the headlines, and the progress being made is less than palatable to me. If there is even one state where DFS is deemed legal but a new company’s cost of entry into that state is prohibitive, then the progress is not real. As long as the odds of winning are tilted towards those with the deepest pockets, then the playing field will never be level.

DWK is an important read because Barbarisi’s personal adventure reveals the true underpinnings of the daily game. Maybe I came into the read with a personal bias but I can’t imagine anyone coming out of it without a firm answer to the question, “On the continuum between skill and chance, which way does DFS lean?”

15 thoughts on “Taking DFS to Task in “Dueling with Kings””