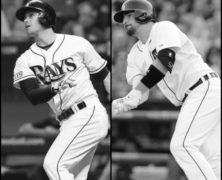 For those who have spent most of their adult life married to the numbers – like me – the Broad Assessment Balance Sheet (BABS) is a mindset that takes some time to understand and accept. Completely divorcing yourself from the numbers is tough. When I make statements like, “Evan Longoria and Nick Castellanos (pictured) are the same player” – which I have been saying all across the country the past three weeks – people think I am nuts. Until someone produces a photograph of them together, I stand by my assertion.

At issue is the idea that comparable players in an asset group can be counted on to produce comparable numbers. There is an inherent fallacy to that idea. The fact is, no player can be counted on to produce his own numbers comparable to what we expect. We can’t project Longoria with enough precision for him to produce his own expected numbers, nor can we with Castellanos. There is a wide range around what we can expect from each of these two players. But BABS says, based on underlying skills, their individual ranges overlap enough for them to be pretty much the same.

Some analysts have trouble with this, saying that each range must be around a mean, and the variances between each player’s mean allows us to rank them. This is true, and would be useful if each player had a few dozen performance samples to validate the accuracy of that mean. But we get one shot – that’s it – and I’m not about to bet the rent on some blind target practice. 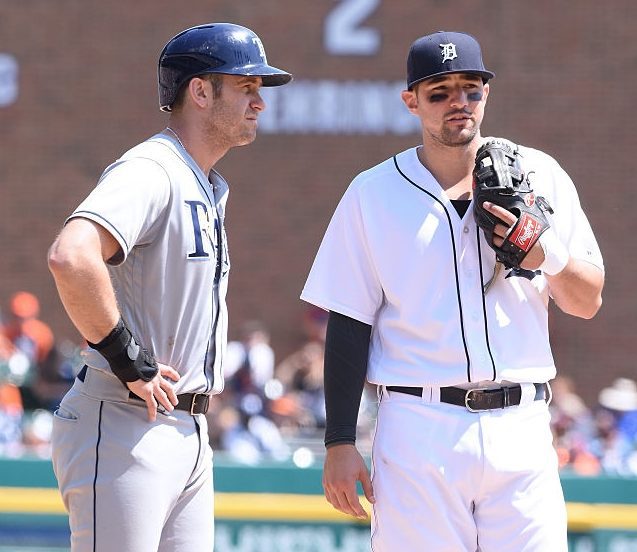 Okay, someone just sent me this. It’s an obvious split-screen fake.

When we see a list of players within an asset group, our immediate reaction is to question how they can be valued similarly. I think the best way to view each asset group is as a range of possibilities. Let’s look at the players in two nearby asset groups, view their current projections (yes, numbers) and see what we can learn.

The projections are from our good friends at BaseballHQ.com. Players are listed in order of their current ADPs.

These two asset groups are close to each other in the offensive rankings. But you can still see that the variances in these projected stats correspond well with BABS’ ratings. The proof is in the means. The identical (a) batting effectiveness ratings yield batting averages just a few points apart. Speed is negligible in both groups. But the difference in power rating (PW vs p) yields a more striking variance in output.

But those are the means, and means are meaningless in real life. What’s more important are the ranges.

With identical (a) ratings, there is complete overlap between the two groups. The fact that one displays a wider spread than the other is purely random.

The identical speed groups yield stolen base totals that are too small to be projectable. If you are drafting a guy projected for 8 SBs over a comparable player projected for 2, you are missing the bigger picture here.

The home run range tells a very important story. You can see that there is a difference between the two groups, but you can also see that the groups still overlap! That is important to know. We cannot project with enough precision to guarantee that every player in the (PW) group will hit more home runs that every player in the (p) group. But the group as a whole will generate more power. That’s the best we can do.

While these asset groups provide us with a range of possibilities, you might say that they also provide us with a range of potential. While Castellanos is being projected for 23 HRs, he’s in a group where there is 30-HR upside. While Jose Bautista is being projected for a .249 average, his presence in this asset group says that it’s not that far to .274 (a level he has achieved before). And while we see Brandon Crawford as a 14-HR hitter, his underlying skills say that 20 are within reach.

Of course, it works in reverse too, unfortunately. Tommy Joseph is being projected for 30 HRs based on his 21 bombs in 315 AB last year. But that’s no given; he might only hit 25 in 500 AB, for all we know. And Anthony Rendon may be marked down for a .271 average, but there could easily be 15 points of downward play there.

I chose just eight players from each of these two asset groups; I was looking for those with about the same number of plate appearances to create a level playing field for statistical comparison. However, these groups contain many more players. The more players you include, the higher the likelihood that there will be some outliers that extend the ranges. This is to be expected, because the BABS grades are not driven by projections. BABS is driven by the underlying skills metrics, which add a thick layer of grey over the black-or-white numbers above.

The takeaway is that we have to embrace the grey. All performances must be considered as a range of possibilities. Viewing the asset groups in such as way will help keep the numbers in perspective.

16 thoughts on “Embracing the grey”