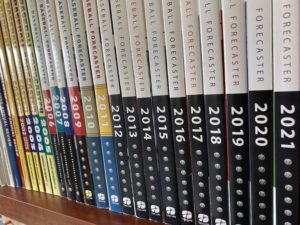 An Op-Ed columnist in my local paper once wrote a piece that she called her Annual Disclosure Statement. She said, “I have regular readers and new readers, but I can’t assume that everyone knows where I stand on the issues. Someone reading me for the first time might pass judgment on my work without knowing how I’ve formed my opinions over time. (You need to know) who I am so you can get to know what makes me tick.”

It is important to me that you have similar perspective about my work. I’ve been writing about fantasy baseball analysis for more than three decades. Here is a summary of my core values:

And some personal notes…