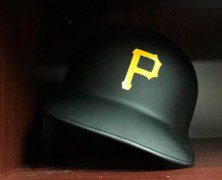 Back in 1987, when I first started writing regularly about baseball, I received a disturbing letter from a guy named Ward Something-or-Other.  He did not like an article I wrote for my Baseball Forecaster newsletter, and pointed out several errors in my assumptions and analysis.

This occurred during those ancient, pre-internet days, and this letter was hand-written and delivered by a blue-clad man from the United States Postal Service.

I considered this reader’s opinion and responded politely, addressing each of his points. I then printed out my response on a dot-matrix printer, folded the paper and inserted it in an envelope, licked it, addressed it, stamped it and sent it back out with the man in blue.

Shortly thereafter (as measured by the 1980s time scale), I received another letter from Mr. Ward. In this note, he was irate. He lambasted my response as if “Who are you to defend yourself? You were wrong. Admit it. Apologize!”

I was taken aback. I re-read my response and it was reasoned and calm. There was nothing there to provoke. So, I sat down once more and tried to diffuse his ire.

His third letter was more inflammatory than the second. He had now jumped the line from attacking my work to attacking me personally, littering his missive with a litany of F-bombs.

This guy was an ass.

So I stopped responding.

In retrospect, it was incredibly ballsy for him to send me messages presumably using his real name.  These days, he can do all that without revealing anything about his identity.  And these days, that entire exchange would have been over in a few hours, or days.

Over the many years of running my company, I learned one simple rule when it came to people like this:

These are not Rhodes Scholars looking for intelligent debate. These are sociopaths and cowards who like to hide behind the anonymity of a screen name and say whatever crap comes into their head. They are in it for the thrill of incitement because they’ll never own any accountability for what they write.

The particularly annoying part of this class of slag is that some are actually real human beings in person. I got to meet one of my trolls in the flesh once, and he was respectful and downright demure.

Which made him a bigger ass.

So my general rule of thumb has become, “show me respect and I’ll show the same to you.”

Last week, I had to begin the process of shutting down Shandler Park, a project that had consumed me for the past 2 1/2 years. I had been spending weeks watching my negative cash flow plummet out of control, a fact that would have been obvious for anyone playing the game and seeing the paucity of participants. Still, there was a small but vocal group that kept accusing me of pocketing gobs of cash because I was not returning as large a percentage of entry fees in prizes as companies with hundreds of thousands of customers.

So it was particularly annoying when I received the following tweet just two days before the announcement that I’d be closing the doors:

PiratesHelmet Jun 14
How much money do you make off this operation?

Sigh. Just another troll to ignore. I simply clicked away, just like I had done dozens of times over the past three decades.

But then he did something that nobody else had done before. You see, most trolls just shoot and run, but he was insistent. Just minutes later:

C’mon, how much are you raking in with this operation?

I didn’t have time for this nonsense. But this was unusual; I was wondering what his agenda was. So I looked him up to see whether he was hounding anyone else.

Yeah, this was a serial troll.

He had a recent run-in with Cory Schwartz of MLB.com. Cory had tweeted an innocuous note about an experience in a DFS game. @PiratesHelmet responded with “Nobody cares.” But Cory decided to engage and the exchange got heated.

@PiratesHelmet also had a dialogue break down with Wall Street Journal’s Michael Salfino, a writer who can be opinionated but is one of the most intelligent analysts out there. Salfino eventually shut him down, to which he tweeted, “And the intellectual coward blocked me.”

Under normal circumstances, I would have never engaged now. But this guy caught me at the wrong time. Still, all I really had was one simple question, so I wrote:

Why is this so important to you?

I was hoping for a straight answer. Obviously, I got anything but…

Why is it so important to you, Mr. Passive Agressive Profiteer?

This had officially crossed over from the marginal possibility of an intelligent conversation to “it’s none of your goddamn business.” Did he really think I’d respond with actual data?

Screw him. I opted to play dumb.

I have no idea what the heck you are talking about.

But he pushed onward:

How much money do you make from the 4 week leagues. Pretty simple question. Why be coy about it?

At this point, I should have dropped it. I knew that responding would just be digging a bigger hole and he’d probably just keep tweeting at me anyway. Call it a moment of weakness. In retrospect, it was stupid. But I did respond:

Coy? Who has the hidden agenda here? Your answer will come this week. Watch the wires.

And I was done at that point. I knew what was coming and I had lost interest in playing the game. But he hadn’t. Because that’s how trolls roll.

Why are you too embarrassed to answer?

“Hidden agenda,” lol. Wow are you paranoid. It’s just me. I have no followers. You’re embarrassing yourself.

Since I was not answering, he decided to go public:

Hilarious that fantasy icon @RonShandler won’t answer a simple question about his profiteering on his 4-week fantasy leagues. #Paranoia

And then some more:

How dare anybody ask @RonShandler an uncomfortable question.

Since I had stopped responding, I suppose he finally ran out of steam.

Two days later, I announced the closure of Shandler Park, along with a full description of the simple math that showed how much money I was losing, even with my “humongous rake.”

I decided to give @PiratesHelmet some time to hear the news and see if he would respond. I’m not sure what I was looking for. Perhaps an apology. Perhaps an acknowledgment that he was being an ass. Some sign of humanity. If he didn’t respond, I was thinking that I might goad him a bit.

But I was curious what else he might be tweeting during that time so I looked him back up and got this message:

Ha! Clearly, an acknowledgment of guilt. This was the teenager who rings the neighbor’s doorbell at 2:00 AM and then runs away.

But blocking me was too easy for him. It was a coward move and I was not done engaging. I wanted to keep this juvenile dialogue going if for no other reason than I had never played one out before.

With little to lose now, I decided to lure him back.

So I logged into Twitter using the @ShandlerPark account that I would no longer need and sent him a note with the link to the announcement of my company’s demise.

Classic. Lash out, then block me. But are you a troll with a soul, or just a troll? http://bit.ly/1SkX6jx Your move.

Of course, you can guess what happened next. There was no response; he just blocked that account as well.

Un-effing-believable. The next day I created a new gmail address so I could open yet another dummy Twitter account. I named the account Ur_Famous_Now because, by that time, I knew I was going to write this piece… and he was about to be. I launched by throwing his own indictment back in his face.

How dare anybody ask @PiratesHelmet an uncomfortable question.

I wasn’t sure he would immediately make the connection, but if he did, I knew that I had limited time to get out what I wanted to say.  So I waited just a few minutes before making it perfectly clear:

So… are you a troll with a soul or just a troll? http://bit.ly/1SkX6jx Or has that already been asked, and answered?

It was late; I had made my point. I figured I’d fire off a parting shot before the inevitable:

Before I shut down for the night, I decided to do one last thing. In an earlier tweet, he wrote, “It’s just me. I have no followers.” It was true; he had no followers.

When I woke up the next morning, my dummy account had five followers.

And… of course I was blocked.

But Mr. @PiratesHelmet Something-Or-Other left his own parting comment.

On his twitter feed was a photo of philosopher William James with the quote:

“The art of being wise is the ability to know what should be ignored.”

Oooo, look who’s being the bigger man, taking the high road. Was he suddenly enlightened?

Not a chance. His continuing tweets were as caustic as ever. His latest: “Who gives a shit? Liar Cheater Narcissist Creep.” Doesn’t even matter who he was writing about.

As for the James quote, it was just Python’s Black Knight, protecting the bridge he lived under. It was just some empty bluster behind a mask, saying, “All right, we’ll call it a draw.”

But we all know who was left without limbs.

One thought on “The Trolls”