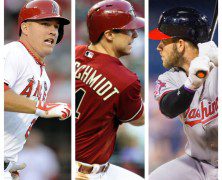 The Best Seed to Draft From

I thought I had it figured out.

When given a choice as to what seed to draft from, there was never a decision to make. It was always crystal clear.

Here is the standard advice I have been giving those who’ve asked the question (from the Baseball Forecaster):

“Most drafters like mid-round so they never have to wait too long for their next player. Some like the swing pick (alternatively, the “wheel” or the “turn”), suggesting that getting two players at 15 and 16 is better than a 1 and a 30. Many drafters assume that the swing pick means you’d be getting something like two $30 players instead of a $40 and $20.

Since the talent level flattens out after the 2nd round, low seeds never get a chance to catch up.”

By the end of the draft, the top seed might accumulate as much as $15 more value than the bottom seed. So when given the choice, an earlier seed is always better.

However, the above data contains a fatal flaw.

The choices we make in that all-important first round are shaped by ADP listings and projections. But history has shown that those crowd-sourced and calculated rankings do a horrible job of identifying each year’s top players. Over the past 12 years, ADPs have a meager 34 percent success rate in identifying the 15 players who finish anywhere within the top 15 earners.

So, when you are sitting at the draft table and have to choose your first player, you really don’t know who is going to be the best earner. What you do know is that, as soon as the last first-rounder is taken, 10 of those first 15 picks will be wrong.

These days, Mike Trout is a no-brainer pick within the top three players. But the only thing we can really conclude about Trout is that he has a very high floor. His annual earnings ranks since his 2012 breakout have been #1, #2, #4 and #10 last year. I’m not about the project that as a trend, but only to say that drafting Trout with your #1 pick won’t necessarily guarantee you the best stats in 2016.

All that the #1 seed guarantees you is a shot at a highly productive player, but not necessarily the best player.

Here were the last 12 players who ranked #1 going into the season, and where they finished:

There is another seed that has a shot at potentially better players.

In last week’s Fantasy Sports Trade Association experts league, each of the 13 owners were able to pick the seed where they wanted to draft. There was a random drawing to determine the ranking for our selections. I lucked out and got to choose second.

I expected that the owner with the first pick would take the #1 seed, and he obliged. And had this been last year, I would have taken seed #2 because “earlier is better.”

To my way of thinking, we can’t realistically predict who the best 26 players are within the limitation of how we select players in the first two rounds of a snake draft. The wide error bars around our projections do not allow enough precision. So I want as many chances as possible to try to find the best players. And I’d rather have two shots within the top 14 picks (as seed #13) than two shots within the top 26 picks (which is what the #1 seed gets).

Yes, it would have been nice to have my choice of Goldschmidt, Harper or even Kershaw with the #2 seed. But then I would have had to wait for pick #25 for my second shot. And honestly, none of those #2 seed options are slam dunks, no matter what we perceive right now.

Goldschmidt gets elevated by his stolen base totals, but those are no guarantee to continue. Harper had a huge year but remains an injury risk. Kershaw is defensible, but it still puts you at a tactical disadvantage against other owners who stockpile the bigger counting stats from batters.

Nearly every player has warts and baggage, which is why it’s more important to have as many shots at the upper end of the pool as possible.

Of course, the wheel is not without some downside.

There is an argument that the bottom seed must accept the risk of missing out on runs. But most all categories are deep enough to provide some value; it is rare for a run to completely deplete even the scarcest commodity. The best defense is to plan for it in advance and respond by perhaps grabbing a catcher, or closer, or speedster a round earlier than you normally would. After all, you have two picks each time; one can always be devoted to playing a little bit of defense.

And the wheel offers the opportunity to start potential runs as well. Past drafts in the FSTA league saw owners at the wheel pick up two top closers or two top catchers. Sometimes the tactic works; sometimes it doesn’t. I can’t worry about it.

With six months of play ahead of us, there will be plenty of opportunity to manage around any draft deficiencies. But it’s nice to put some odds in your favor at the top of the draft.