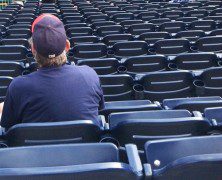 For me, the mantra has always been, “To stand still is to move backwards.” I am never quite satisfied that we have gone as far as we can or have done as much as we could. Neither is BABS; when it comes to satisfying our needs, she is insatiable. So, she welcomes change.

The impetus for change in 2020 started with one player – Dee Gordon. He came into 2019 with an ADP just over 100 but his key Asset of extreme speed pushed him higher up in BABS’ ranks. In most drafts, he’d bubble up to the top of the list quickly and just sit there until someone was willing to take him. Often, it was a long, lonely wait.

The problem was not that he disappointed last year. The problem was that he would not have been worthy of that draft spot even if he had performed exactly to expectation. BABS did not account for this, so we had to take a second look. One look led to another look and then, well… there were a lot of looks. And so… this.

The following changes are all described in The BABS Project 3.0. Further discussion about the implications of these changes will be included in the BABS Draft Plan in February. Details for both products appear below.

Skills Liabilities: BABS already accounts for players who are drags on batting average and ERA – these are skills categories that can pull a team backwards. But in the past, a deficiency in a counting stat was viewed more as a lost opportunity than a full Liability. In today’s game, we can’t deny the damage those deficiencies now cause.

In 2019, a team that averaged 20 home runs out of each batting roster spot – 280 total – would have ranked near the bottom of the HR standings in a 15-team mixed league. Averaging 25 HRs per spot – 350 total – was necessary to even sniff the possibility of contending. So, a hitter like Dee Gordon – or Mallex Smith, or Delino Deshields, or Jarrod Dyson, or even Adalberto Mondesi – who couldn’t even muster double-digits in power output, put a significant burden on the other roster spots to compensate for the power deficiency.

BABS concurs that this needed to be addressed. So she is expanding the role of the AV and ER Liabilities to include all deficient skills. The new Skills Liability maintains the negative weights for AV and ER, but now adds similar knocks against hitters lacking in Power and pitchers lacking in Strikeouts. The BABS engine is also programmed for those lacking speed skills, but that constitutes about 95 percent of the player pool so it won’t be used in 2020.

-PA      Deficient in both power and batting tools

-EK      Deficient in both strikeouts and pitching tools

One of the advantages of these new ratings is that they help to better differentiate players in the bottom half of the talent pool, which serves to create smaller, more manageable Asset Groups. For those in deeper leagues, this will help identify more end-gamers who “won’t hurt you.”

New Playing Time Designations: BABS currently divides up the player population into three buckets – Full-timers, Mid-timers and Part-timers. The rationale is that plate appearances and innings are too fluid to project with any more precision. However, the bottom bucket – Part-timers – has been gargantuan. This leads to unmanageable asset groups, especially in deep leagues.

We’ve written tangentially in the past about the idea of “No-timers” – essentially players who are pretty much undraftable because of playing time concerns – but they have to be on a separate radar. Last year, players like Bo Bichette. Rowdy Tellez, Melky Cabrera and Clint Frazier would have been considered No-timers, players with positive Asset profiles who you could tuck away at the bottom of a reserve list.

So, for 2020, we’re creating a fourth playing time bucket and adjusting the cutoffs:

The No-Timer bucket is still pretty large, but combined with the new Skills Liabilities, there is improvement.

Playing time within Asset Groups: BABS currently separates the Full-timers from the Mid-timers within each Asset group, with Part-timers listed separately further down the ranking list. In 2020, the Full-timers, Mid-timers and Part-timers will all be intermixed within each Asset Group. This is a topic first presented on the site last spring that generated some spirited discussion and diverse opinions.

In most cases, the ADP/AAV rankings take care of sorting players according to their expected usage. However, when the rankings fail to do that, it often presents opportunities to leverage the market. For instance, in the (ER,KK) group last year, full-timer Patrick Corbin was ranked in the ADPs behind several pitchers projected for fewer innings. That was a potential profit opportunity.

One of the reasons folks did not like this change was because it would create huge, potentially unwieldy Asset Groups. However, we will still be separating out the No-Timers at the bottom of the rankings. As it turns out, the F, M and P players constitute the draftable population anyway, so that concern should be somewhat minimized.

Closer rankings: BABS currently gives props to elite-skilled relievers who are frontline closers, lifting them pretty high in the rankings. But she’s come to realize that these max-effort arms are ticking time bombs. Yes, she can account for that in the Liabilities column, but why rank them so high in the first place?

So, there has been a slight adjustment. BABS has decided to push these commodities a little further down the rankings. More of a tweak than an overhaul, for sure.

In our continuing efforts to provide the best information, packaged in a way that is most beneficial to you, we’ll be making some changes at BABSbaseball.com in 2020:

1. Later this month, we are releasing a new edition of The BABS Project, the ebook that started everything. The BABS Project 3.0 is expanded and updated from the versions originally published in 2016 and 2017. I have divided up the book into three mini-books for easier digestion, available only here at BABSbaseball.com. And I have decided to offer the new edition for free. The goal is for readers – old and new – to have complete access to the system to accelerate the learning curve. Each year’s updated information, database and charts would still be available via purchase on BABSbaseball.com.

2. As much as we’d like BABS to be a full-season roster management system, research continues to reinforce the fact that her ratings need significant data samples to be useful. Last year, we front-loaded much of our content into the pre-season period, but this year we are going to ramp up that effort even further.

In 2020, we’ll introduce the BABS Draft Plan, which condenses an expanded array of BABSian content into February and March. There will be four publication days, each one dropping a ton of articles and updates in advance of your drafts. It’s sort of like moving from network TV (where you have to wait for content according to their schedule) to a Netflix model (where we publish it all at once and you can binge-read).

Here is a very preliminary look at the BABS Draft Plan schedule for this spring:

In-Season: While the primary BABS content ends on Opening Day, we will continue to publish in-season database updates in mid-May, mid-June, at the All-Star Break and mid-August. All updates will be accompanied by some brief analyses.

What is going to be the same

This is Ron Shandler and I will continue to stand behind everything on BABSbaseball.com. I’ve spent the off-season making sure the new schedule reflects the traffic patterns on the site and the needs that you express to me in your emails. Our great writers, led by Doug Gruber and Pat Cloghessy, will continue to provide their unique insights and styles to the articles here. And BABS remains fully dedicated to providing you with the best roster foundation for your teams in 2020.