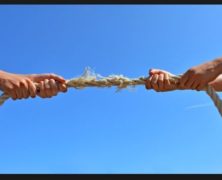 In Part 1, I attempted to orchestrate some change in the free agent bidding process by working up negative backlash towards live bidding events in order to sell the idea of the Vickrey Method. The email exchange continues…

JOSH PALEY, 2000 CDM Diamond Challenge Winner: As for which auction method is preferable, I suspect that if people used Vickrey, they would become accustomed to it in the FAAB context, and the anecdotes would be interesting.

Personally, I like the concept. I don’t know if I would prefer it, but I think it merits trying, even if LABR isn’t the desired setting.

As for open auctions, one downside is that you miss out on “stealth bids” where you hope to sneak a player under everyone else’s radar. The other issue is logistics. And while the Tout Wars auction may have worked well, expecting it to work well every week may be a problem as people take vacations, have families, need to work, etc. It is one thing to leave bids with a Commish. It is quite another to have to be present at Time X to participate in an auction.

ANDERSON: I agree with most of that. But I have to ask… Overbidding all the time is just a tad of risk? Bring your poker chips and come over to my house. That’s the equivalent of bluffing every hand.

So one advantage to an open auction over Vickrey is that you know who you are bidding against. Or do you? If all the owners wanted, they could wait until the last minute to make their truthful bid. It doesn’t really require an hour then, it just requires an instant with Vickrey, and stealth is maintained.

And I think it quickly becomes clear with practice, that overbidding every time is not a viable strategy. It is still in an individual’s best interest to submit a truthful bid. I’m thinking there could be something to that Nobel Prize.

SHANDLER: This issue of “stealth bids” is interesting. One of the Touts objected to the open auction for his loss of that tactic. Personally, I think there are VERY few players that slip under the radar in these high-caliber leagues. If you miss out on one, it’s your own fault. But to count on this as an advantage also flies in the face of what these leagues are all about.

As for the timing issue, this is the real crux of the problem with open auctions. However, there are ways around it. You could post a preemptive bid. You could have a proxy bidder. You could provide your SWAT or Commish with bidding instructions. It’s not an insurmountable problem. Look, everyone now agrees to a regular trannie deadline and most of us take one last look at the MLB transaction wire before we place our bids. In an open auction, rather than just emailing those blind bids to the SWAT, we’d get onto the bid board and place the bids.

I like the strategic implications of this as well… Let’s say you were planning to bid $70 on Fred McGriff. You head over the bid board and see that the current bid is $75… but that owner is one who could pass you in the standings if he acquired a power hitter. Now you have to decide whether you go $76 just to prevent this guy from getting McGriff. It adds a whole new dynamic.

KEITH LAW, Baseball Prospectus: (An open auction is) way too time consuming. It’s not practical for those of us who make our livings outside of the baseball universe.

Responding to an earlier point, prices paid don’t necessarily drop in a sealed second-bid auction; if prices were universally lower in a SSB than in a sealed bid, why would sellers ever hold them? The point is that the prices are more *rational*.

Remember that the goal here is to enact some change. As long as people were still talking about Vickrey – an issue that Hunt had already cast off – we would not make any headway. Vickrey had to be the compromise. I had to continue the discussion about open bidding, even if that meant generating negative attention towards it. In fact, negative attention would be a good thing right now…

SHANDLER: There is a way to do an open FAAB auction on a regular basis, that in theory, could require as little as one person at the bidding board at the deadline hour in any given week…

Advantages: Bidding becomes more interactive. Owners are given the opportunity to place bids based on prevailing market conditions, not blind guessing at what others might do. Overbidding is minimized. And most important – you don’t have to be at the bid board at any specific time.

Disadvantages: Someone is going to have to have the guts to make the change. Or, we could just do nothing. Clinging to the status quo, taking the path of least resistance, is just wimping out. Be bold. Be ground-breakers. At least test it for a year and if you don’t like it, go back to the old way.

LAW: The problem with the system you’ve outlined is that it’s too complex. Joe Average Fantasy Player does not have the time or patience for this. Even FAAB is too complicated for many leagues.

Finally! Just the piece of negative attention necessary. But through all this, we had not heard from John Hunt. Finally…

HUNT: I’m opposed to anything that would require any increased demands on time at the trannie deadline. I, for one, make my moves on Sunday, and you can’t ask even the most diligent SWAT to be online at the same time every week of the season. So, no, I can safely say the LABR leagues will not be the gutty ground-breakers for an open FAAB auction.

Another idea shot down, but nothing unexpected here. However, the seeds were now in place to orchestrate the final negotiating effort. That ploy was to pull back on open bidding and re-introduce Vickrey.

SHANDLER: John… Is that your “final” answer?

Why bang the gavel on this? Why don’t you let the people decide? In Tout Wars, they vote on just about everything. Sometimes proposals die and sometimes we vote to test a new idea for a year, but if nothing else, at least they know where opinion lies.

LABR can change. Though it took years of arm-twisting, we did finally relent to allowing owners to keep league-crossers, even though it may not be the way most leagues play. But it was best for us, and an example that perhaps needed to be set.

At minimum, give us the opportunity to vote. You might be surprised at the result. Or not. But at least we’d know. And I suppose you could always overrule.

Let us vote, John, at least so someone can finally put a sock in my mouth.

The door was open. Would he take a step inside?

HUNT: Well, Ron, I’m telling you right now the open FAAB auction will not work, but I’d be willing to put the Vickrey thing up to a vote in March.

A baby step, and one that still might fail. But now we’ve got nine months to build a pro-Vickrey lobby.

END NOTE: Vickrey was narrowly voted down by the LABRites the following March and never saw the light of day again. However, it eventually was pushed through in Tout Wars in 2005.