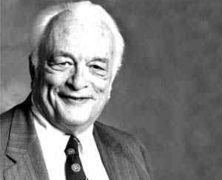 The Tout Wars experts leagues made a constitutional change this season that eliminated a rule that had been in place for about a decade. After a bunch of wrangling, Tout tossed the Vickrey method for free agent bidding.

There were two reasons for this change, only one of which was really valid in my mind. Vickrey caused all sorts of manual overrides in order to get bids through the online commissioner system, creating a weekly headache for SWATs. That’s valid.

But some of the touts were also put off by the frequent gross overbids for players nobody else was interested in. An owner would offer up $18 for player, be the only one in the action and have his bid reduced by Vickrey to $1. Over the years, the negative backlash forced us to place artificial floors to the bidding (e.g. overbids reduced to $10, etc.), which muddied things up even more. The marketplace is the marketplace, and if someone is the only owner interested in a player, it should only cost him $1. That’s my opinion.

Ultimately, I lost the fight, and Tout replaced the Vickrey $100 free agent budget with a non-Vickrey, straight $1000 FAAB. Now, overbids would theoretically not hurt as much. In reality, it’s all a matter of perception; nothing has really changed.

The Vickrey saga in experts leagues goes back a long time. I dug up the very first column I wrote on the topic. It’s dated August 10, 2001. Since I’ve been traveling during the past week without any time to write, I thought it would be interesting to share. Sit back; it’s long. It begins today, and wraps up early next week.

John Hunt is the de facto commissioner of LABR, as well as an owner in both leagues, a dual role that occasionally poses a conflict of interest. But when John makes an unpopular ruling, it is usually not because of that conflict. John also wears a third hat, that of the proxy voice of Baseball Weekly management, which owns LABR. LABR often resists change for fear of any possible sales impact on BW’s most-read issue of the year, it’s mid-March fantasy special. Don’t mess with success. Don’t fix what ain’t broke.

I prefer the cliche, “To stand still is to move backwards.”

But LABR can change. It has in the past, though not with a flourish but with a grunt and a snort. The process involves some orchestration. It involves negotiation. Best to show you how this particular situation played out by just letting you read excerpts of the email discussion that transpired this past week. I supply some additional commentary in italics…

ROGER ANDERSON, rotoauctioneer.com: Being an especially busy FAAB season, I thought I would run something by everyone concerning bidding strategy. There was a dude named William Vickrey (pictured above) who studied game theory. In 1961, he proposed that the best system for auctioning off items of unknown value was to have all interested parties submit a closed bid, much like FAAB in that the item is awarded to the highest bidder, except that it is sold at the price of the second highest bidder (or $1 more).

Vickrey’s theory was that it reveals the true value of the commodity (and some stuff about how it is good for society.) Since there is no real known value for a player, sometimes an owner will bid $64 for Andres Galarraga while the second highest bidder only offers $16 (which is what Fantasy Baseball magazine’s Greg Ambrosius actually did). If we were all together for a live auction, the highest bidder would have said $17 and he would have been sold (unless, of course, the $16 bidder would really have paid $18.) It also cuts a live FAAB auction right to the chase, something I noticed that Tout Wars did this year.

The simple idea may not seem so brilliant, but Vickrey was awarded the Nobel Prize for Economics (and $1.2 Million) in 1996 for his work. He was so excited, he died of a heart attack a few days after receiving the prize.

I don’t think you have to be a game theory guy to appreciate the beauty of the Vickrey auction concept for FAAB, but the reaction I usually get is, “Who cares if someone pays too much?” I just got my income tax refund, I care. Curious what you guys thought.

We’ve talked a lot recently about the in-season closed FAAB bidding system, a method born out of the Pre-Internet Period in our history. There is really little reason these days to use this system, but for some, old habits die hard. I’ve been a proponent of open bidding, but this Vickrey method offers an interesting alternative.

Several other LABRites wrote to support Roger’s idea, or to express interest in examining the issue further. John Hunt, however, would not likely embrace this change. And in fact, his response was not unexpected…

JOHN HUNT, Baseball Weekly: If I bid $64 on a $16 player, shouldn’t I be penalized for so grossly misjudging the other owners’ bidding? Seems like I’m taken off the hook by getting him at $17. I don’t think there is such a thing as true value when you’re talking about FAAB bids, since everybody has a different amount in the bank at a given time…

John was essentially cutting this down. The bandwagon started to accumulate jumpers as well…

JONATHAN MAYO, mlb.com: I think I have to agree with John on this one. While I can appreciate the efficiency of Vickrey’s concept, especially in the real world, I think some of the strategy of FAAB bidding would be lost. Especially this time of year, with players switching leagues, deciding to blow all of your FAAB is a decision you have to make.

If you bid $80 on a player, and the next highest owner only bids $5, is it because the first owner grossly misjudged the value of the player, or is it because that particular player would truly only help the first owner’s team? Or a combination of the two? Sometimes you have to overpay to get a category you need down the stretch, just like you might make a seemingly unbalanced trade to get that one category.

Left alone, this issue would die quietly. But I saw this as an opportunity to make an attempt at change. Further supporting the Vickrey method would fall on deaf ears at this point. But there was a way to negotiate the issue back into active status. The first step was to redirect it, albeit with subtlety…

SHANDLER: Both sides of this argument have merit (and I have to tell you, if I was Greg A. right now, I’d be one VERY unhappy camper, whether I misjudged the demand for Galarraga or not). But these are not the only alternatives.

Check out Tout Wars’ live online FAAB auction from Tuesday night at toutwars.com. This was very easy to orchestrate. Perhaps this is not something that we’d want to do every week, but for the high value players, it certainly offers an alternative to “mis-judging” by a mere $48.

For many years, Tout Wars conducted what we called the annual FAABonanza. At each July 31 MLB trading deadline, we used an online message board to conduct live auctions for the big name league-crossers. It was similar to an eBay auction.

ANDERSON: Actually, your FAAB Bonanza was what got me thinking about this. The point it seems is to not have to overbid, since you know what the current asking price is. Wouldn’t the Vickrey auction do the same thing, except take 5 hours less and eliminate owners getting shut out by the deadline and/or any problems with refresh rates? Since you already know how much you would pay if you HAD to, doesn’t a Vickrey simulate the FAAB Bonanza?

Anderson was correct, but we needed to take the focus away from Vickrey. I pressed onward with my idea.

SHANDLER: The only thing I don’t like about the Vickrey auction is that you can – albeit with a tad of risk – overbid all the time knowing that you’ll get the player you want at just $1 over the 2nd highest bid. The only risk is if two people attempt to do this on the same player. But if I estimate that a player is going to go at about $25, there is little risk for me to bid $75 to ensure I get him at $26, or whatever the next highest bid is. I’ve often been tempted to place a FAAB bid with the SWAT and tell him to give me Player X for $1 more than anyone is willing to pay, whatever that is. Vickrey simulates that, I suppose, but it doesn’t address the real issue.

My beef with this whole process is that the goal of these leagues is to show who can best place value on players – draft value (projected performance) or FAAB value (supply and demand) – and a blind auction completely negates that. We’ve been doing it this way for so long that nobody has ever questioned it; why can we have an open auction for the draft but not during the season? The original reason was logistics, but the internet has eliminated that obstacle. With message boards, chat rooms and eBay-style venues, there’s no reason why we have to fly blind. Vickrey is a potential step in the right direction, but why settle for going halfway when we have the means to do it right?

Diverting attention away from Vickrey was my sole purpose here, even if it looked like I was trying to sell open bidding. Well, selling open bidding would not have been a bad thing, but I knew the odds of Hunt going for that were far less than him considering something else. That was the goal… get everyone so worked up about open bidding that Hunt would settle for at least considering Vickrey.

Did it work? Stay tuned…