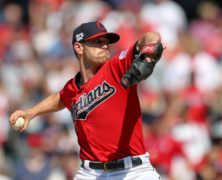 Somehow, some way, we managed to get through a 60-game 2020 season. Congratulations if you won your league. Great news if BABS helped you get there!

The final 2020 BABS ratings have been posted to the database. Since BABS is a long-view tool and these final ratings are based on 37 percent of a season, you have to use them carefully. I will have a ton to say about this topic in the upcoming Baseball Forecaster (pre-orders available soon). But, in short — as much as 2020 was a legitimate season, the data it generated was infused with so much noise that it is questionable whether any of it can be used to project 2021. BABS will have her work cut out for her this off-season.

BABS may be suspect about 2020 stats, but you can be sure that the marketplace is going to treat this season as almost real. You can be certain that Shane Bieber will go in the first round as will Fernando Tatis, Jr. There are cautionary signs that might persuade you to bet against both players repeating, but we have a whole winter to pick that apart. (Yes, BABS had Tatis ranked as the No. 1 player going into 2020, and as much as I’d love to give her full accolades, 60 games is just not enough to throw a ticker tape parade. However, admittedly, for next year’s promotional purposes, I might celebrate a little…)

Even at 60 games, some of the asset groups are interesting. Trevor Story and Kyle Tucker both rated as (PW,S+,a). The (PW,SB,AV) group is composed of Tatis and… Mookie Betts. I was warning about Ronald Acuna’s batting average risk all spring (and July), and BABS sees him finishing 2020 in the same (P+,s) group as Rhys Hoskins.

The short season allowed five frontline starting pitchers to post perfect (E+,K+) ratings. Bieber is obviously in the group, but he is joined by Trevor Bauer, Dinelson Lamet, Jacob deGrom and Kenta Maeda. According to BABS, all displayed comparable skills. Three other pitchers also merited that rating, but with fewer innings, the error bar is wider — Corbin Burnes, Ian Anderson and Mike Mayers.

There were over two dozen relievers who also merited the top skills rating, but only three of them pitched more than 35 innings. Seriously, you can’t read much into 70 innings, let alone 30.

But there is still a lot to chew on here. Just don’t consider any of it gospel.

Looking ahead, there will be a lot of behind-the-scenes activity as the entire analytical community attempts to figure out how to handle 2020. BABS will be wading in those treacherous waters as well. You’ll probably hear from me occasionally over the next few months, but the BABS Game Plan will officially be back in late January to set you up for 2021.

Have a safe winter.