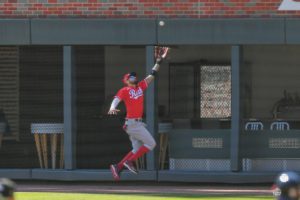 Asset groups are a key component of the BABS system. They are our means to assemble players with comparable skills profiles and then review how the marketplace ranks them. The philosophy is that, if several players are comparable, they should be valued at about the same level. As described in Chapter 2 of The BABS Project 3.0, that’s not always the case. Here is where we can uncover opportunities to build profit into our rosters.

Targeting players with this skill set can land a cornerstone player, but don’t take my word for it. Let the BABS database show it. There are few places one can find four category (HR, RBI, R, BA) abundance. This is one of them. The five batters that make up the (PW,AV) asset group all have it within their range of possibilities to go 100/30/100/.300.

In theory, skill-backed production like this should command a high draft choice.  Within this year’s crop, both Corey Seager and Anthony Rendon fit that mold. According to current ADPs, either can be had in the 3rd round. BABS isn’t going to sneer at that.

Nicholas Castellanos (pictured), who is aiming to produce at the (PW,AV) level for the third time in four seasons, is presently at ADP 84. Back in band-box Cincinnati, Castellanos seems a good bet to get there again. It is in this instance that we can see what an outlier the shortened 2020 can be. BABS isn’t discounting Nick’s assets based on a subpar pandemic season, but the market is. He is a BABSian buy (with upside) at current prices.

J.D. Martinez is in a similar situation. One of the best fantasy players in baseball for the better part of the last six seasons, J.D. has been pushed to near triple-digit ADP (96). He is a bit of a different animal when it comes to what 2020 hath wrought. Martinez, in particular, suffered from the Houston Astros fallout in that he relied heavily on in-game video study. Will he be able to adjust going forward? Players will now have access to iPads. If so, drafters will be getting a huge discount.

It appears that Justin Turner is crossing the rubicon into “boring vet” status. At ADP 217, his age has contributed to a fall in acquisition cost. With assets like these, BABS thinks he may be able to age gracefully. There are worse places to find a corner infielder at that stage in the draft.

Breaking: Players who contribute in four categories are extremely valuable, and the (PW,AV) group presents a few opportunities to nab one of these players at discounted prices.