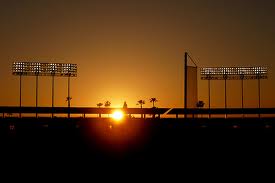 It’s the dawn of a bright, new, mostly normal baseball season. No lockout, no COVID (mostly) and lots of activity. Amazingly, nearly all the rosterable free agents have been signed and we can start trying to figure out where everyone fits.

The big question coming onto 2023 is “What are the stats going to look like come October?” The MLB powers have implemented a multitude of rule changes that will undoubtedly impact the numbers. A pitch clock, shift limitations, larger bases and a balanced schedule are among the large changes that we have to grapple with.

Thankfully, BABS is well-prepared for this. Since her system encompasses broad ranges of performance, most players will not see an appreciable change in their ratings. But some will, and your approach to these changes will have to be thought out. I’ve devoted an entire article to this.

As for the BABS system itself, I have made only one minor change for 2023. I tracked all players tagged with a negative regression liability last year (Rg-) and found that over 70% of them fell short of expectation, some significantly so. That means the (Rg-) tag is doing its job, but the penalty to your risk budget was probably not large enough. Although some regression is taken into account in the asset ratings, (Rg-) needs to be more of a warning flag. So I am increasing the penalty from $.25 to $.50. It s possible BABS may bump that further next year.

Also, for those who play in AL/NL-only leagues, we’ve added an “A” or “N” designation to each player in the BABS and FISH spreadsheets for easier sorting and filtering.

Finally, those who use BABS in the RotoLab draft software will notice a new feature this year. Developer Merv Pate has added a numerical weighting system for the asset ratings (e.g. (P+) is worth more than (PW) which is worth more than (p)). As most of you know, BABS is opposed to numerical asset weights, for several reasons:

That all said, users have been clamoring for this since BABS was born. RotoLab is just responding to demand. Merv asked for my blessing before he added the feature, and I gave it to him. I’ll be very curious how valuable users find this. I suppose that, if users perceive them as valuable, BABS would have to relent. Perception = reality, even if it isn’t. That’s not a diss, just reality.

Anyway, it all starts here, with the ebook The BABS Project 3.1. It’s your FREE reference tool and worth a read, to learn the system or as a refresher. (All are PDF files.)
Book 1 – Why we need a new system
Book 2 – The Broad Assessment Balance Sheet
Book 3 – BABS in practice

And then the 2023 BABS Game Plan. We will be going back to our normal pre-lockout publication schedule. Four mega-posts with dozens of article and chart links during draft season, starting on February 9. If you want to receive an email when each new post drops, make sure you are on our mailing list (signing up for the BABS E-Newsletter at the right will do it for you).