Lessons from decades of competition 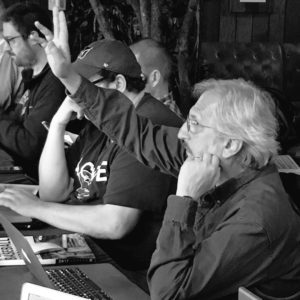 I originally intended to submit this piece elsewhere but decided that, as a personal reflection it is more appropriate here. Although much of what follows is not innovative or revelatory to BABSians, it still stands as a good reminder as we enter the pre-season homestretch.

I won USA Today Sports Weekly’s LABR 12-team mixed experts league in 2021. And then, after 28 years of competing in these high-profile competitions, I retired.

It was not as tough of a decision as I thought it would be. I was a participant in the inaugural LABR league in 1994 and competed there 10 times, also winning in 2001. I was part of the group that created Tout Wars in 1998. I retired from that too, after 11 money finishes and three titles. My existence in this industry has been ubiquitous with expert league play, and yet it feels right going out on this win.

You could say I took a cue from Buster Posey. And Mike Mussina. And David Ortiz.

So much has changed since a group of 24 writers sat by their phones for nearly seven hours and conducted two conference call auctions in early March 1994. It would be the only time in history that Bill James, Glen Waggoner, Alex Patton, Peter Golenbock, Keith Olbermann, Rod Beaton, John Hunt (and me!) would compete against each other in a Rotisserie league. And all our business was conducted over phone and fax; only six of us had an email address. (An entire chapter in my upcoming book, Fantasy Expert, is devoted to this league.)

Since then, the two experts leagues have grown to include over 100 writers, analysts and podcasters. The Great Fantasy Baseball Invitational, launched in 2018 by Justin Mason, has cast out a net to five times that many. There is a lot of good work being done out there.

And, while I’ll still be writing – you’d have to pry this keyboard from my cold, dead hands – I leave the high-level competitive space having earned a great education. Here are some of the major lessons I’ve learned from nearly three decades competing at one of the highest levels.

It starts with this statement: We’d like to think that we can predict the future, but we really can’t, at least not at the level of precision necessary to win consistently. (Sound familiar?)

I know; pure heresy from the guy whose name is on the cover of the Baseball Forecaster. Had I learned this lesson earlier, I might have named the book differently, like maybe Baseball Silly Wild-Ass Guesses.

Truth is, there will be good years and there will be bad years. The core problem is that baseball’s underlying statistical environment keeps changing. Each season is just a sample size of one, so you don’t learn very much from any single year. That makes projective accuracy a moving target.

Still, there are two uses for player projections. The first is to give us a general sense of what a player is capable of doing. I believe that, with all the time and effort we’ve spent developing advanced predictive models, the best they can do is give us rough ranges for performance. Most analysts will agree with that statement, but then we commit to a single data point – 35 HRs, for instance – as a mean for that range. However, that player could hit 42 HRs, or 27, and still possess the same underlying skills. Those outlier outcomes might have been driven by a hidden injury or a handful of gusts of wind, but we’ll then use that data as input to the next year’s projection. Bad data feeds more bad data. But that’s what we do each year. (Which is why we have BABS, right?)

On a roster construction basis, the best our projections can do is classify our teams as first division or second division, perhaps marginally lifting us into position to contend. But in the end, the winner is almost always going to be the lucky owner who drafts Cedric Mullins in the 20th round, and whose players stay relatively healthy. And neither of those things are wholly predictable on draft day. (But we can use a risk budget to help.)

The other use for player projections is where the real power lies for fantasy leaguers. Projections tell you when the marketplace is wrong. The research on pp.19-20 in Book 1 of The BABS Project still holds up, and it shows that the marketplace has no clue how to rank players. Almost any sound projection system will reveal where other drafters are allowing their biases to infect the drafting process. Regardless of how precisely accurate they might claim to be, projections should, at minimum, remove those biases (including your own!) and reveal your profit opportunities.

In the grand plan of competitive fantasy play, the quest for the most accurate projections in the universe is far less important than you think. Back in 2010, I asked 12 of the most prolific fantasy champions – Tout Wars, LABR, NFBC – to rank six variables based on how important they were to winning consistently. One of those variables was “More accurate player projections” – it came in dead last. Here were the poll results, in order of importance:

There was actually a seventh variable brought up by Winning Fantasy Baseball author Larry Schechter – better use and access to time. He said that the more time invested in the entire process, the better the results. Research supports the fact that better decisions are made when more time is taken to analyze the important input variables – consider the difference between slow drafts and a 60-second clock. Larry’s track record – six Tout Wars titles – certainly supports that.

Recently, I was schooled even more in how relatively unimportant accurate projections were in this game. Back in 2020, as a pandemic activity, I assembled a group of Tout and LABR experts to participate in some retro-drafts. These were mock drafts of past seasons where we all knew the player stats in advance. You would think that replacing projections with actual stats would make assembling a winning team a breeze.

It was not. In fact, it was a grueling exercise that revealed how challenging roster construction can be. In seven tries, I couldn’t finish any higher than 6th, yet others like Jeff Erickson, Doug Dennis, Nicklaus Gaut and Fred Zinkie were consistently in the top 3. Roster construction is a skill, and likely more important than even the most accurate projections.

So, I’m not that smart… which is perhaps the greatest lesson learned.

Earlier this month, the Tout Wars drafts took place without me, for the first time in the league’s 25-year history. The new generation of touts still have their projective idealism. That’s cool, even though BABS thinks otherwise. They also have an easier time making contact with Chris Sale fastballs, and I’m Albert Pujols. (Don’t question it; just accept it.) So it is time for me to go. As it was for Buster Posey.

Umm… okay, well I guess I could keep the door cracked open a smidge.