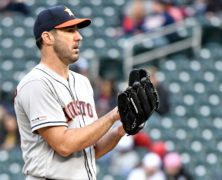 Which pitcher doesn’t belong in this threesome…Jacob deGrom, Stephen Strasburg or Matthew Boyd? If we were talking 2019 player salaries, Boyd at only $2.4 million would be the poor boy in the this group. In the June 2019 update, BABS says that all three arms belong in the same asset group, possessing similar, significant skills (ER,KK). A closer look at Boyd’s stats says he compares quite well with the two aces, and in fact owns superior numbers in FIP (2.77), K/9 (11 . . .