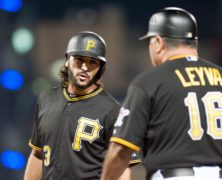 This is my ESPN Insider column for the week.

Twenty years ago, I coined a simple aphorism: "Once a player displays a skill, he owns it." It came about from experiencing the 1996 breakout performance of Henry Rodriguez. After four nondescript seasons in the majors, Rodriguez exploded in 1997 by hitting 36 home runs, driving in 103 and batting .276 for the Montreal Expos.

Analysts were dumbfounded as to where that came from. But a scan back into history revealed that he was the 1990 Texas League MVP behind a 28-109-.291 performance. The skills were always . . .