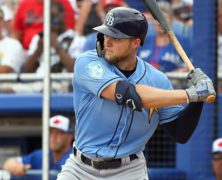 One of the fundamentals of BABS is that players with similar skills are assembled into asset groups and are pretty much interchangeable.

Further, BABS has taught us that our draft strategy is to sort the players within each asset group by the marketplace rankings (ADPs, AAVs) and look for the largest discrepancies. Profit opportunities exist where BABS rates players higher than the market. Conversely BABS says to bypass players where the marketplace is more bullish.

Let’s look closer at several pre-season asset groups for hitters and see how well BABS is doing to date for 2019. Hint…BABS is modest, but she is privately smiling. Hopefully you are also.

The (P+,a) group included a trio of big name heavy hitters named Judge, Stanton and Harper. BABS didn’t see profit potential with 1st or 2nd round investments, and so far, that has proven to be wise advice. Judge and Stanton have obviously missed most of the season with injuries. Harper has been healthy, but has only 11 HRs, .214 ISO and .790 OPS. More than 20 picks later those who selected Rhys Hoskins have been rewarded so far with 14 HRs, a .273 BA, and a .909 OPS. But the big reward from the (P+,a) group so far has been Jay Bruce. This 20th round selection so far has 19 HRs, .880 OPS and the league’s third ranked ISO at .354.

BABS placed ten comparably skilled players in the (PW,a) group. The marketplace saw a big difference in the ten, giving the most love to Kris Bryant, Eugenio Suarez, Travis Shaw and Josh Donaldson. None of this quartet have earned a profit on their draft price tag. On the other hand, the bottom three as viewed by the market on draft day were Luke Voit (ADP 185), C.J. Cron (ADP 256) and Joc Pederson (ADP 328). This trio has provided 48 home runs, a 281 ISO and a .260 BA, a major profit haul so far.

In the pre-season, BABS advised against drafting Lindor, Bregman and Machado, given their late 1st round/early 2nd round cost. And up to now, none of the three has returned first round value, particularly Machado. But other members of the (p,AV) asset group have provided profitable returns. Eddie Rosario, for example, has accumulated 19/52/.267 with 46 runs scored…a nice value for a 6-7 round selection. Ditto for Jose Abreu with 16/52, although his average has recently trended down to .246. David Peralta has delivered 9/39/.298 with an .869 OPS…nice profit for a 10th round selection.

Of the 10 full time players in the (p,a) category, the market was highest on Gleyber Torres, George Springer, Marcell Ozuna and Mitch Haniger, with average ADPs in the 70 range. All four have performed well, with a combined 64 HRs and a .269 BA. But check out the foursome in this same (p,a) asset group…Mike Moustakas, Eduardo Escobar, Jonathan Schoop and Carlos Santana. Coincidentally (or is it?) these four hitters have also combined for 64 HRs and a .272 BA and could have been acquired approximately 100 picks later.

In the (PW) group, players such as Edwin Encarnacion, Yasmani Grandal and Hunter Renfroe were all selections in the 10th round or later. To this point, this trio has averaged 18 HRs, led by Encarnacion who has carried his parrot around the bases 21 times.

There are many more examples. In the (SB,AV) group, Ketel Marte was available 12-13 rounds later than group-mates Whit Merrifield and Starling Marte. His unexpected 17 home runs have made this investment in Ketel even more profitable. Tampa teammates Tommy Pham and Austin Meadows (pictured) were both members of the triple-asset (p,s,a) class. Pham was generally selected in the 4th round and Meadows in the 13-15 range. To date, Meadows leads Pham in nearly all categories including HRs (12 to 9), SBs (8 to 6) and BA (.326 to .288). In the P+ group Toronto’s Randal Grichuk, a 15th round selection, is within two HRs of 3rd round selection Khris Davis.

The season is more than 40% in the books. The returns thus far suggest that BABS has provided many sources of late round profitability. Let’s hope that we continue to smile for the remainder of the season.