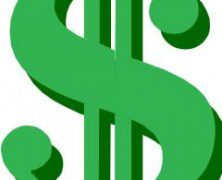 Deconstructing DFS: Separating the Game from the Gambling

The fantasy sports industry has shifted into defense mode to combat the threat of coming regulation. Their case rests on a carve-out in the Unlawful Internet Gambling Enforcement Act of 2006 (UIGEA) that provides a definition for what constitutes a legal game. The core issue: is fantasy sports a game of chance or a game of skill? The UIGEA definition says, SKILL.

The problem is that, when it comes to daily fantasy sports (DFS), a skill versus chance argument is a gross generalization of the issue.

From a logical standpoint, DFS sure smells like gambling. Players place an entry fee on the promise of winning more money. The short-term format feeds short-attention spans and the need for immediate gratification. In turn, the level of emotional arousal generated on a daily basis feeds classic addictive gambling behaviors.

But DFS is a game of skill. However, it is not a black-or-white issue.

The DFS game is one that requires a certain level of expertise in order to do well. The intellectual challenge requires the owner to assess a wide array of variables, many of which extend beyond each player’s talent level. Each roster selection must look at contextual variables such as the weather, home ballpark, batter-vs-pitcher matchups, streaks and slumps, and balance those factors within the constraints of a fixed salary cap.

On any given day, the resulting performances have an extremely wide error bar – which gives the sense of randomness – but that doesn’t mean you can’t find an edge in leveraging the correct variables.

So yes, this is a game of skill.

The issue is with the game’s prize structure.

DFS detractors say it’s a crapshoot on any given night. I won’t disagree too much. You can gain an edge when you play often and consistently. Building a critical mass of cases – games – is where the DFS owner’s skill starts to show.

But prizes are not awarded based on skill over the long-term. The prizes are awarded at every interim step along the way. And those steps are far more random.

When you have payouts based on short-term events, that’s when it starts to look like gambling.

But let’s take it a step further. There is a disconnect between the range of possible results and the manner in which the cash is awarded.

Follow this simplified scenario (the following numbers are arbitrary just for demonstration purposes)… Let’s say that there are 100,000 possible outcomes in any given night. Using skill, the DFS owner can successfully identify the 1,000 most potentially successful roster configurations.

Now, if the game operators only paid out winnings based on the owner’s ability to identify those 1,000 skills-based results, then this would be perfectly fine. But they don’t stop there.

Within those 1,000 rosters, the results are pretty much random. Among those results are the games in which Mike Trout goes 0 for 4, Clint Robinson gets three hits or Felix Hernandez gives up eight earned runs. Those results make or break the winners and losers for the day.

If you were among the owners who rostered Trout or Hernandez, you still might have been able to cash in among those 1,000 rosters if your remaining players were highly productive. And in 50-50 and double-up games, you can do just that.

(I think the single-entry 50-50 format is just fine. It doesn’t require that you win, only that you finish ahead of half of the rest of the field. In a game with high results variability, this is an excellent way to exercise of your analytical skills and set reasonable goals.)

In tournament play, DFS requires that you are not just among the top 1,000; you have to be in the top 10, or five or one owner who gets it all correct. The results within the top 1,000 are mostly random, meaning that the biggest payouts – beyond the limits of skill – are being made based on nailing a Clint Robinson 3-hit game.

Now consider that the DFS grinders are entering hundreds of teams each night. The greater majority of those teams will have already passed the skills threshold just by virtue of the models these owners use. But by entering a high volume of teams, they are also covering a wide swath of the randomness within the 1,000-team skills pool.

That’s why casual players entering just a few teams into a tournament are at a massive disadvantage. Yes, they could conceivably win if they pick the right players, but their entries do not have nearly the scope to cover all the randomness in games dominated by grinders.

So even if you have the best DFS skills around, that will only get you so far. That’s why the skills-versus-chance argument is insufficient to address whether DFS is a gambling game. At its core, the game is clearly one of skill. But the manner in which the cash prizes are attached – particularly in tournament play – make it a gambling game, at least from a logical perspective.

The current legal issues have pushed fantasy industry leaders to put up a unified front to combat what they consider to be an injustice to all fantasy sports. I am having a tough time jumping on this bandwagon because I do not consider traditional full-season fantasy leagues to be a part of this discussion.

Full-season is a different game, one that has never lent itself to the level of gambling backlash that DFS has. The major difference is that, in full-season leagues, owners can respond to changing conditions during the course of the season, picking up, dropping and trading players based on how the standings shape up over six months of play. There remains a good element of randomness in the results, but owner interaction demonstrates skill in managing around the randomness. There is no roster management in DFS, and that is a huge difference when it comes to the question of skill.

Unfortunately, industry leaders have chosen to lump all fantasy sports into an all-or-nothing fight against the threat that lawmakers will shut everything down. Their argument remains that, per the UIGEA, fantasy is a game of skill no matter what flavor it comes in. Fanduel has posted a petition (https://www.fanduel.com/takeaction) that says, “I oppose any measure that would ban online fantasy sports,” but to me, that comes off as a dare to lawmakers to look at the whole industry when it is just DFS causing the problems. I detest that.

What’s more, I find it to be a misdirected battle, because this industry has gotten way too big to be shut down entirely, especially since it functioned perfectly well for 30 years. The fight will ultimately be against regulation, and that is one we most likely won’t win. There is too much money changing hands and more fingers wanting a piece of it.

It’s admittedly a more involved defense, but my own response would be to provide a clear definition and distinction between the two forms of play. I would propose a redefinition that draws a line between the game of skill and the cash. And if I was a DFS operator, I would welcome regulation and be a part of the process, rather than fighting it and having it thrust upon me.

Maybe I’m naïve, a pariah or an idiot, but it seems to me that all of this was inevitable and we should have had the foresight to plan for it rather than being forced to react to it.

2 thoughts on “Deconstructing DFS: Separating the Game from the Gambling”