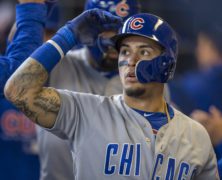 The August BABS update provides a chance to compare her preseason draft rankings with the in-season skills she’s observed. Were there clues that led to breakout seasons? Were there warnings that foretold of coming flops? What can be learned and applied to 2019 draft prep? Let's take a trip around the infield.