The role of BABS in a short season 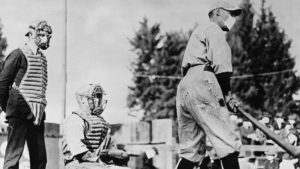 The Broad Assessment Balance Sheet (BABS) is driven by long-view data. Given that the 2020 baseball season is only going to have 60 games, will BABS still work?

The short answer is yes, although not as well as with a full 162-game season. The relevant point is that all projections models are going to be impacted by the smaller data set. BABS could be better positioned than most because it already accounts for wide error bars in expectation. BABS is not going to try to nail any specific number of home runs or strikeouts. But admittedly, the end-of-season numbers are probably going to look nothing like we expect.

That last point bears repeating… no matter what you think you might know about player performance in 2020, odds are there will be far more surprises and far more volatility of results. Let’s look at all the variables that could affect expectations in this short season:

The smaller data sets are going to mean greater statistical variability. In a normal season, we typically wait 6-8 weeks for the stats to stabilize enough for us to determine what our teams’ strengths and weaknesses are. In 2020, eight weeks would be nearly the entire season. So statistical anomalies will not have enough time to flush themselves out. As such, we’ll be forced to make roster decisions with insufficient information.

Less-impactful situations, especially on the injury side, will be amplified in a short season. A 10-day IL stint, which used to represent six percent of the season in lost playing time, now represents nearly 17 percent, assuming the stint lasts only 10 days.

Still, research has shown that 80 percent of fantasy winners are already in a money spot (1st through 4th place) even by the end of April each year. So even 30 games has some merit in separating contenders from pretenders.

MLB’s larger rosters mean playing time is going to be more spread out. A full-timer expected to get 550 AB in a normal season would be expected to get 200 AB in a pro-rated season, but might only see 150-175. Role-based stats like saves could be spread among more players which might mean that any closer with 15-save potential is gold. Managers might have less patience with poor performers so roles could change more frequently. In short, playing time expectations could be a mess.

There are some external variables that might come into play.

Here is another potentially huge, though still speculative variable. If you look at the players who have opted out of the season — David Price, Ryan Zimmerman, Nick Markakis, Felix Hernandez, Buster Posey — these are all 30something players who have already made a good amount of money in the game and don’t feel like they need to take a risk for two months of play. There are many others who have decided to plow onward, but what if they get off to a slow start? What would be the incentive for someone like Robinson Cano or Joey Votto or Rich Hill or Adam Wainwright — players who do have something to prove this year — to keep on plugging away if they struggle during the first few weeks of the season? They might opt to back away and regroup for 2021. Still speculative, but logically very possible.

On the plus side — potentially — there are a few variables we might not have to deal with. Slow starts in cold weather cities won’t be a factor. There will be less concern about players maintaining stamina over 162 games, so those pitchers whose were expected to be on innings limits, for example, could see a full complement of starts. And any expected fallout from negative fan reaction to the Houston Astros is now likely moot.

All of these variables mean that the winner in your league this year is even more likely to be the one with the most luck. That might argue against relying on any system to draft or manage your team. However, while the error bars will be wider, any system will still be better than no system. And a system like BABS that already encompasses wide error bars will likely provide more useful information to guide you through a volatile 2020 season.