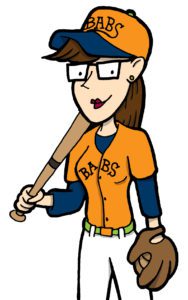 Success in any one season of playing fantasy baseball is a combination of two things: skill in drafting a roster plus skill in managing that roster during the season. At its core, this process might be described as the combination of: a) comprehensive off-season research and analysis, plus b) reactionary, small sample reflex decisions.

For BABS, this is problematic.

Before our drafts, we do painstaking deep analyses of skill, opportunity and risk, and the context in which it all lives. This effort creates the “projections” that shape the choices we make in constructing our roster.

But once the season begins, we are driven by tiny data samples, recency bias and panic in reshaping our roster to keep up with the other teams. We have no choice, right?

The bottom line is this: Every player we add to our team during the season means we’re potentially eliminating a player we rostered through more careful analysis. And given how much turnover a typical fantasy roster undergoes during the course of a year, our in-season roster management can negate much of our off-season player evaluation efforts.

I wrote about this in the 2012 Baseball Forecaster:

“Even if our off-season analyses paint glorious pictures about the players we like, our limited roster space and quest for the best statistics force us to toss some of them away to take chances on hot hands. And even though we do look at past track record, the “hot hand” analysis tends to be the overwhelming decision-maker. In other words, we put in obsessive draft prep to analytically determine which players are going to give us the best six months of production. Then we’ll undo all that work by gambling on a fringe player having a hot April. (You know the thought process: “What if this is real?!”)”

The issue is this: given that BABS is a tool best used for draft preparation, the in-season undoing of our draft rosters also undoes any insight into how BABS fares at player evaluation.

We need a way to more accurately evaluate the core competency of roster construction, and at the same time, hone our skills and gauge our efforts at assembling an optimal roster. I think the best way to accomplish both is a fantasy competition that emphasizes our winter efforts. And we need a BABS-specific format.

There is no access to in-season free agents (as is typical in “draft-and-hold” leagues). The smaller 10-team leagues with 50-man rosters provide the depth necessary to weather in-season injuries, role changes and slumps with rosterable support players but forces owners to identify those assets up front.