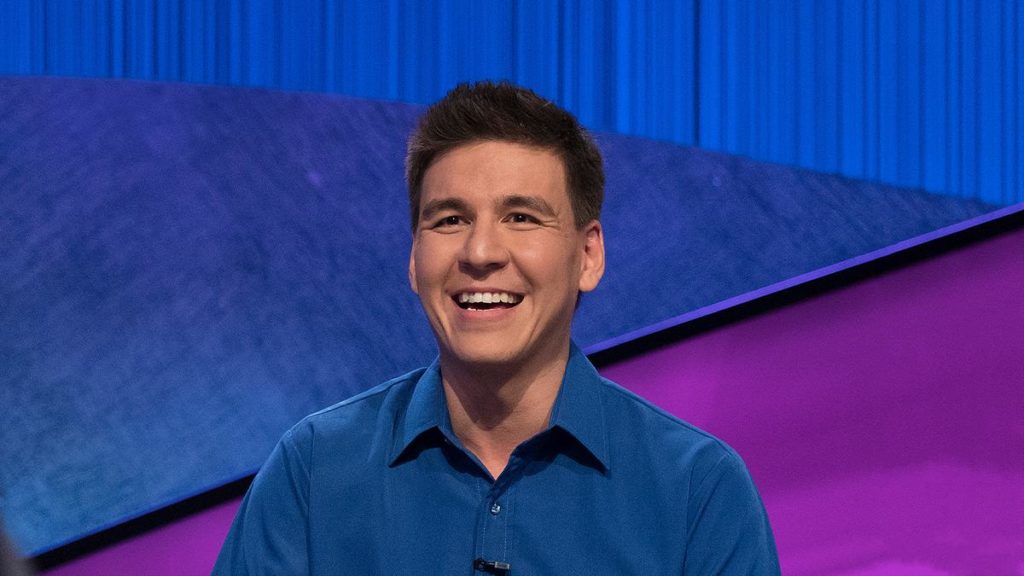 It was only a few days into his current 22-game Jeopardy! winning streak when James Holzhauer started making noise.

The combination of his breadth of knowledge, lightning fast recall and strategic use of the game board generated record-setting daily winnings. Working bottom up, starting with the toughest answers, he built early bankrolls that blew up when he uncovered the Daily Doubles. He now sits at $1.69 million in winnings, a pace that blows away any competition in the 55-year history of the game show. The performance is akin to Babe Ruth in 1920, when he hit 54 homers and the next closest player had 19. It’s actually even wider than that.

But what makes James particularly interesting is what he does for a living. He is a professional sports bettor, and it all started with his interest in baseball analytics and fantasy baseball. That fact is what prompted me to check out the customer database at BaseballHQ.com, the website I launched in 1996 and ran for 18 years, to see if he was in it. He was, in fact a BaseballHQ.com subscriber and Baseball Forecaster buyer for a time in the mid-2000s.

So I contacted him to see if he’d be interested in talking to me about it all. Though his Jeopardy! success is impressive, I was more curious about the path he’d taken to get there. His reply was gracious: “Thanks for reaching out, and double thanks for helping me get interested in analytics all those years ago.”

The rest of our conversation follows:

RON: You’re kind to thank me for helping you get interested in analytics. Obviously, Bill James is the godfather of progressive baseball thinking – for all of us. What aspects of the early analytical work most attracted you?

JAMES: The most important theme in James’s writing is to figure things out for yourself instead of accepting what someone else tells you. It’s a lot of work, but also the only way to get closer to the truth. This has applications both in gambling and real life.

JAMES: If I had to pick one piece of early sabermetric research that most helped to beat the bookies, I’d go with DIPS. I was an early adopter of velocity data as well.

RON: Would you consider those as the primary springboard to your gambling success, or was there more?

JAMES: The only way to really know you have an edge is to build a model, make your own odds, and test how it performs against the gambling market. To smooth out the effects of luck, you can compare your bets to the closing odds: if the line consistently moves in your favor, you’re going to get the money.

RON: Was there a “Eureka!” moment when you realized you could make a living at this?

JAMES: I guess the Eureka moment occurred when I started winning almost immediately.

RON: On a personal note, I’m interested – and I’m sure my readers as well – in knowing how you used BaseballHQ.com and the Baseball Forecaster back then.

JAMES: I used BaseballHQ more for fantasy leagues than gambling, but identifying breakout players is critical for both.

RON: At its core, what we do is all about predictability. How much effort do you put into looking for new metrics and methods to increase accuracy? Do you think there is a ceiling to predictability and efforts are best placed elsewhere?

JAMES: Even though new metrics allow me to handicap baseball more accurately, the books are setting lines better than ever before and my edge is shrinking every year. I now consider baseball the hardest sport to beat, when it was the easiest a decade ago.

RON: Do you have a sense of what the books did to improve those lines?

JAMES: I don’t personally know any oddsmakers I can ask, but it’s clear they are using better inputs now. Of course, the odds are shaped more by the betting market rather than the sports books themselves, and bettors are also much more statistically savvy now.

RON: You played fantasy baseball first before moving on to sports betting. Could you describe that path?

JAMES: My interest in sports gambling stemmed directly from playing fantasy baseball. Both require you to find players or teams that will perform better or worse than their public perceptions, and invest accordingly.

You’ve heard of beginner’s luck—it’s really a form of survivorship bias, as the early losers often quit gambling forever and aren’t heard from again. My first year betting was 2006 and I focused on baseball futures; three big longshot wagers I made were on Japan to win the World Baseball Classic, Ryan Howard to lead the majors in home runs, and the Tigers to advance to the World Series. Good handicapping, excellent luck. If I hadn’t been so fortunate, I might have quit out of discouragement, or at least not had the bankroll to expand my operations in future baseball seasons as well as other sports.

RON: That Howard pick was interesting given that 2006 was his first full season in the majors. How did you decide to target him?

JAMES: He was projected by many sources to lead the majors in HR and he was getting 40-1 odds, so to me it was a no-brainer.

RON: What was it like that September with David Ortiz taking him down to the wire in the home run race?

JAMES: It was a nervous September, because there was no way to hedge that bet and the payoff was life-changing money.

RON: I noticed that you like in-game wagering. Do you do that at all for baseball? How do the analytics play into live wagering?

JAMES: It’s hard to beat in-game wagering in baseball, because it’s so much easier to model mathematically than other sports. If you input the pregame odds, inning number and run differential, you can get a very close estimate of true win expectancy. This is also the case for hockey and soccer. Compare this to football where you have many other inputs like timeouts and down and distance; or basketball where the perception of momentum may cause the in-game line to be shaded if a team has gone on a scoring run.

RON: From what I’ve read, it sounds like you still do play full-season fantasy baseball.

JAMES: I now only play fantasy sports in leagues with close friends—between parenting and work, it’s hard to find the time.

RON: What is your analytical process for the long game given that your career focus is now on the short game? Is there much crossover for you or is it two separate processes?

JAMES: There is some crossover between handicapping prospects for keeper leagues and gambling, particularly when starting pitchers get called up from the minors.

RON: Do you play DFS?

JAMES: I don’t, and I think it’s incredibly silly that it’s not considered gambling.

RON: With the legal havoc that DFS created four years ago and now the legalization of sports betting, what impact do you think that will that have on what you do?

JAMES: I’m excited to see more states legalizing sports betting just because it helps de-stigmatize my profession; but as I’m not looking to relocate, it won’t really make a big difference to my work unless some of the new operators open locations in Nevada.

RON: What is your favorite sport to bet on now and can you enjoy a game without betting on it? Do you even watch the games you bet on?

JAMES: I enjoy watching games more when I don’t bet on them. Football and hockey are where I make most of my money now, so they’re my favorites.

RON: By that token, do you watch yourself on Jeopardy!?

JAMES: I watch my Jeopardy! episodes together with friends or family.

RON: Just for fun, I typically toss in a few bets at the beginning of the season. I’m pretty successful betting the overs and unders on team wins but the payoffs are low. The prop bets are fun with good odds but I haven’t cashed yet. Among my picks this year are the Padres to win the NL West and for Rhys Hoskins to lead the NL in homers. It’s still early… Anyway, what advice would you give me (other than to stick to my day job)?

JAMES: I’d advise you to build a time machine, as those preseason prop and futures markets were incredible in the mid-2000s when I was getting started. I got 125-1 on Tampa Bay to win the AL in 2008 when I made their true odds 9-1.

RON: Nice pick! What does the future hold for you once your Jeopardy streak is over?

JAMES: I had pictured myself working in an MLB front office one day, but now I think I could help more in another sport that has been slower to incorporate new data, such as football or hockey.

After a two-week hiatus, James looks to extend his Jeopardy! winning streak beginning Monday, May 20.

Read more of Ron’s work at RonShandler.com. Tweet him @RonShandler. Special thanks to BaseballHQ for helping to facilitate this conversation.