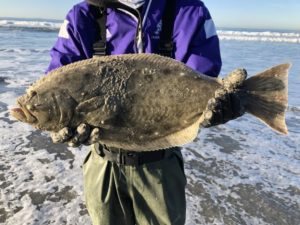 The BABS system groups players together with similar skills profiles and then shows you how the marketplace is pricing them (in ADP ranks or AAVs). Your profit comes by reviewing each group of comparably-skilled players and drafting the ones who cost less.

That decision-making process is driven by the need to integrate skill with market value, which is not easy. Market values are historically inaccurate, but they are still important as they set the “cost” for each player.

Logically, we should place players on our personal ranking lists based on the optimal spot in the draft when we should try to roster them. If it’s the 6th round, we should have a list of players who are optimal 6th-round buys, regardless of what the marketplace says or how many players fit that round.

To achieve that result, we have to assemble pools of players that represent the intersection of our projections and the marketplace. That 6th round pool might include:

BABS has created a list of optimal picks in each round, and calls it the FISH List. The intersection of projections and the marketplace falls into three categories that determine where a player should be targeted:

If a player’s BABS round and ADP are the same, you’d obviously slot him in that round.

2. Players BABS projects to be better than their ADPs

These are the players you want but at the appropriate BABS-driven price.

If BABS rates a player to be one round better than the ADP, then slot him into the BABS round. You need to lean in to BABS’ expectation in order to avoid missing out on that player.

If the BABS rating is two rounds earlier than the ADP, you could split the difference and slot the player in the in-between round. But better yet, just go with the BABS round. It’s safer.

Once the variance between the BABS rating and the marketplace exceeds two rounds, you need to be careful not to pay more than you have to. In these cases, grabbing a player two rounds before his ADP – no matter the size of the variance or the stage of the draft – should be enough to ensure that he ends up on your roster. Because that is what you want, right?

If you think reaching two rounds is an excessive overbuy, I invite you to re-read Chapter 2 of The BABS Project, especially the research results discussed on page 19.

So, as an example… if you project Max Muncy (with a 10th round ADP) to be a potential 7th-rounder – you would slot him into Round 8. Some might opt to slot him into Round 9, but the closer you get to a player’s ADP, the higher the risk that someone else might think similarly to you.

3. Players BABS projects to be worse than their ADPs

In general, these are players you don’t want. However, there comes a point where even a poorly projected player becomes a good-enough buy, so they still need to be slotted somewhere.

If the BABS rating is one round later than the ADP round, then use the ADP. There is more than enough innate volatility to account for that variance, so go with the ADP to better ensure that you have a shot at that player if he does slip a round.

If the BABS rating is two or more rounds later than the ADP, then slot the player two rounds after his ADP. In other words, if the ADPs have a player in Round 5 when BABS has him in Round 8, then slot him into Round 7.

Let’s look at an example. Consider a player whose ADP is in the 8th round. Where should he be slotted if BABS ranks him in a different round?

You could slot those last examples into even later rounds, but odds are the market would have snapped those players up long before you get to that point.

The end result is a new list with a slightly different look. Players will appear around where you’d expect them to be, generally. However, the number of players in each round will not be fixed. Each round just represents a pool of possibilities, not a fixed list of players.

In a 15-team league, it would not be unusual to see this distribution of players in each target round:

It looks like we don’t have enough players, but the list is showing only the best players that are fits in each round. The numbers start catching up later in the draft.

Finally, why am I calling this the FISH List?

Well, a goal throughout my writing career has been to give my readers the tools for doing their own analyses so that they could take their own journey. To use the common aphorism, I want to teach you how to fish. This list, however, is more about giving you the fish. It relieves you of the task of figuring out when to draft players.

Also note that FISH is not an acronym, except if you’re okay with Fantasy Integrated Skills Hierarchy. It’s just about being handed a halibut (pictured) instead of learning how to use a pole, line and bait.