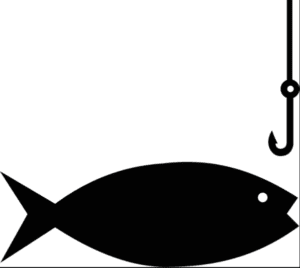 This is a guest column by Rob DiPietro, from PullHitter.com and host of the Pull Hitter podcast.

The FISH list was a bit of a revelation for me on a couple of levels.

I always try to avoid reaching on players who BABS feels much higher on than the market (ADP). One practice I employ uses RotoLab to do mock drafts against myself. I try drafting from all the seeds, take my guy, fill in the rest in order of ADP and repeat this for at least the first 10-12 rounds. This helps me determine which spot I feel comfortable drafting from. It really helps me understand where I can achieve proper balance in team construction, and I can set my KDS (Kentucky Derby Style draft placement) in hopes that I get my preferred drafting position. I feel this is the optimal way to building a team.

The FISH List provides me with a concrete means by which to move players up and down the draft board according to their BABS versus ADP ranks. This was something I was really happy to see. I used a system prior that was working for me but this sound, mathematical approach made much more sense. That was the first revelation.

The second revelation was that scanning the FISH list gave me confirmation on my early drafting trends. The best roster construction approach for this year: get your starting pitchers early and sometimes often. Let me explain why I think this is the way to approach your drafts this year.

We know BABS, at its core, is designed to get us comparable skilled players at a cheaper acquisition cost than our rivals. However, what if the comparable basket of a particular position – in this case, reliable, multi-asset starting pitchers with no liabilities – is small, imbalanced and clustered in the top 100 players?

Let’s assume a 15-team league with nine active pitchers, with most teams using six starters. That’s a total of about 90 starting pitchers regularly in the weekly lineup pool. BABS currently shows 19 starting pitchers rated for (F)ull-time (180+) innings. That’s right, 19. Fifteen of them are in the top 100 ADP (using NFBC Draft Champions data from January 20-February 4, 2021). There are two minor Injury risks in Max Scherzer and Hyun-Jin-Ryu, and one minor Experience risk in Zac Gallen. Kyle Hendrick is the sole starter in this group with only one asset.

That leaves us with 12 full-time pitchers in the top 100 ADP who have positive ratings for both strikeouts and earned run effectiveness, and zero liabilities. That is less than one per team! The four pitchers sitting outside the top 100 are Patrick Corbin, Marco Gonzalez, Mike Minor and Madison Bumgarner. Only Corbin has double assets and a clean liability ledger.

Looking at all starting pitchers, here is earned run effectiveness at a glance:

Strikeout effectiveness at a glance:

We are starting to get a micro-level look at how slippery the pitching slope really is. Do we want to take our chances in pounding the mid-timer types with some major question marks? Guys like Corbin Burnes and Framber Valdez have shown excellent skills but in small sample sizes. Can Burnes pitch more than 140 innings (which he has only done once in the minors, in 2017)? Do you really feel comfortable waiting for Patrick Corbin to bubble up on your BABS sheet to proclaim him as your strong No. 2 SP?

Let take a look at some of my recent drafts as an example of what can be accomplished by going pocket aces or full house.

We can see our BABS targets in the “goal line”. I have selected three of the 12 SPs who are full-time, with two assets and zero liabilities. The FISH concept came into play here as Sonny Gray’s variance between his BABS score and ADP allowed me to bump him up one round. I am halfway to my earned run goal, as well as more than halfway toward my strikeout goal.

Another FISH example right here. Joe Musgrove now has an ADP of 116, with a minimum pick of 103 and a max of 131. His BABS rank has him slated for the 6th round and his ADP in the 8th. The FISH List slots him into Round 7, so I took him at that shiny min 103 pick. It still gets me to the same asset level as the full house approach, but this time with a pitcher who might not pitch as many innings.

As you can tell, I’ve determined that a late draft seed is optimal for the pocket aces or full house approaches. I feel that this builds the most stable base of arms that you can trust in the current MLB pitching landscape. On another team, I took Jacob deGrom 4th overall and Max Scherzer in Round 2. I still felt comfortable with that route, but I feel as if the back-end first round picks gave me more of a choice for my 2nd starting pitcher.

After taking your pocket aces, you can pound the batting assets. The domino effect is real. Other owners will be attempting to load up their staffs with mid-time arms that have liabilities as you start to pick up the batters that will sure to bubble up on your BABS sheet. FISH helped me confirm, even after the draft, that I was on the right path to drafting an optimal team for this 2021 fantasy baseball season.

In ending this article, I figured I had to maybe try and find my own acronym for FISH. Perhaps- Finding Innings Superiority Hierarchy?