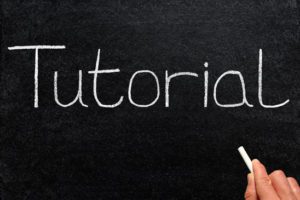 This tutorial is designed to get you up and running on the BABS reporting system for both the BABS Database as well as the BABS Master Spreadsheet. The underlying philosophies that drive the system, as well as a broader explanation about how the system works and its fantasy applications are described in detail in The BABS Project 3.1 eBook.

ADP: Average draft position rankings, from the National Fantasy Baseball Championship (NFBC), based on 15-team mixed league contests. Other formats will have different raw numbers, but the relative rankings of the players will be similar.

Pos: For batters, these are the player’s eligible fantasy position(s) based on prior season games played (normally 20 games, or most games if fewer than 20). Batters are indicated with their position numbers (2= Catcher, 3= 1B, etc.). Note that some batters at multiple positions (e.g. Bobby Witt, Jr. is shown as both 6 for shortstop and 5 for 3B). For leagues that may require outfield positions to be defined more specifically as left field, center field and right field, the outfielders will carry numbers of 7, 8 or 9, respectively. Pitchers are shown as SP for starting pitchers or rp for relief pitchers.

Tm: Current team for each player. Free agents are generally listed as FAA or FAN. For some, especially earlier in the off-season, they are listed with their most recent team prior to becoming a free agent.

The column headings for batters are shown in the black ribbon across the top of the spreadsheet.

Note: Batters in the 51-75% range for each skill are assigned no rating.

Players with a walk rate greater than 10%, an asterisk (*) is displayed next to the batting effectiveness rating.

Pk+: Park Effect. Batters who have changed home parks during the off-season, but only if they are moving from an extreme pitcher-friendly park to an extreme hitter’s park. Example: Wil Myers moving from San Diego to Cincinnati.

Rg+: Regression. Batters who had poor statistical performance last year, but underlying skills and random luck suggest they should have performed better, may be candidates for a positive bounce-back this season. These players may be undervalued by the market based on recency bias. Example: Corey Seager

Note: For players with a walk rate below 5%, a (-) is displayed on the Liabilities ledger.

Nw: New team. Experienced hitters who have changed leagues and/or teams and may have an adjustment period. Example: Trea Turner

Pk-: Park effect. Hitters who may be negatively impacted by moving from a favorable hitter’s park in the prior season to an extreme pitcher’s park for the current season. Example: Teoscar Hernandez

Ag: Advanced age. Players who have reached an age where the risk of performance decline is often more rapid. Example: Justin Turner

Rg-: Negative Regression. Batters whose statistical performance perhaps exceeded their skill sets in the prior season and may be a candidate for negative regression. Example: Adolis Garcia

The column headings for pitchers are shown in the blue ribbon across the top of the spreadsheet.

Note: Pitchers in the 51-75% range for pitching effectiveness and strikeouts are assigned no rating.

Expectations for saves totals fewer than 10 are not projectable so are not rated.

Pk+: Park effect. Pitchers who may be moving from a hitter’s park in the prior year to an extremely friendly pitchers park for the current year. Example: Justin Verlander

Rg+: Positive regression. Pitchers who had poor statistical performance last year, but underlying skills and random luck suggest they should have performed better, may be candidates for a positive bounce-back this season. These players may be discounted by the market based on recency bias. Example: Josh Hader

Nw: New team. Experienced pitchers who have changed leagues and/or teams and may have an adjustment period. Examples: Jacob deGrom

Pk: Park effect. Pitchers who may be negatively impacted by moving from a favorable pitcher’s park in the prior season to an extreme hitter-friendly park for the current season. Example: Chris Bassitt

Rg: Negative Regression. Pitchers whose statistical performance perhaps exceeded their skill sets in the prior season may be a candidate for negative regression. Example: Sandy Alcantara

Players who have either a full-time (F), mid-time (M) or part-time (P) playing time expectation are all shown together in the respective asset groups. Players designated as no-timers are also listed by asset group but appear later in the report.

It is very important to understand that the BABS listing is not a straight ranking of players. Rather, it is a ranking of asset groups. Players within asset groups have a common skills profile but are ordered based on market acquisition costs and will have varying playing time expectations and risk factors.

Let us look at a simple example of a two-player asset group (PW,s). BABS has taught us that players in the same asset group are essentially interchangeable. In this group, Daulton Varsho and Tyler O’Neill have identical power and speed skills, but have much different market values. The current market price for Varsho would take a third-round pick. However, similarly skilled O’Neill can be acquired about seventy picks later, according to ADP. Asset groups provide a convenient, visible method to obtain highly skilled players while leveraging the market.

Also keep in mind that while BABS ranks the asset groups by descending skill, there is not a big difference from one group to the next; consider it more of a continuum. For example, BABS lists the S+ group ahead of the A+ group ahead of the P+ group, but all three groups contain players with extreme skill in these hitting categories. Depending on your roster construction, it may be more valuable for you to acquire a batter with extreme power versus one with extreme speed, even though the S+ asset group is listed before the P+ asset group.

BABS also provides targets for both assets and liabilities as we construct our team rosters.

In a 15-team mixed league, BABS sets a minimum goal of 35 assets for our batters and 12 assets for our starting pitchers, for an overall target of 47 total assets. Players with extreme skills (P+, S+ or A+) count as two assets towards our targets, and players with significant or moderate skills count as one asset. However, players with a skill liability count against our total as -1 asset.

These targets are aggressive; however, they are what we need to strive for to be competitive in our fantasy leagues. To obtain 35 assets for only 14 batting positions requires us to average 2 1/2 assets per batter. Triple-asset players are extremely valuable. However, the targets are just a tool; you can ignore them and just try to accumulate the most assets that you can.

BABS assigns a cost value to each liability factor and includes as additional penalty for top players with market values of ADP 1-60/$20+.

Your liability target will depend on your tolerance for risk. To help quantify your total risk cost, the BABS spreadsheet will include a column where liability costs are totaled for each player.

As an example, near the top of the pre-season BABS asset groups is Jazz Chisholm with an asset rating of (PW,S+), which counts as three total assets. But Chisholm also carries a major liability (INJ) in health, while being considered as a Top Player with an ADP in the 3-4 round range. The selection of Chisholm would certainly help us obtain our asset targets, but he also counts as $5.00 towards our total risk budget (INJ $3 + Top player risk $2 = $5 total). On the other hand, Jose Altuve with a (p,s,AV) asset rating also counts as three total assets, has a similar market price, but he comes with a clean sheet on the liability side of the ledger ($0 risk cost). While Altuve’s asset group is ranked below Chisholm, he costs us much less risk.

Playing time is also important. Targets for playing time are not stipulated by BABS, however, in the same 15-team mixed league example, an owner should aim for at least 12-13 F (full-time) batters and at least three F (full-time) starting pitchers.

Saves are not included in the pitcher targets, but owners should seek to acquire at least two pitchers identified as having saves opportunities, with priority going to those highly skilled closers with a Significant Saves (SV) classification.

Owners should spend pre-draft time to construct an ideal draft roster, using the BABS Database and Master Spreadsheet. An ideal roster would exceed the minimum asset targets, would be at an acceptable level of risk according to your budget, would include full-time players…while keeping the market acquisition prices at the forefront of our draft plan. A sample roster and drafting strategies appear in The BABS Project 3.1.