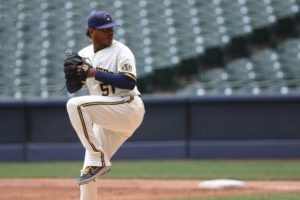 Asset groups are a key component of the BABS system. They are our means to assemble players with comparable skills profiles and then review how the marketplace ranks them. The philosophy is that, if several players are comparable, they should be valued at about the same level. But that’s not always the case. Here is where we can uncover opportunities to build profit into our rosters. This is a sample Asset Group Analysis. There will be more in the next two updates.

This quartet of pitchers comprise the (e,K+) asset group, with the dual ratings of moderate pitching effectiveness (a proxy for ERA) and extreme strikeout dominance. This tells us that these arms could provide a potential high-3.00s ERA and 30 percent strikeout rate. All four possess this comparable skills profile, but the nuance is in the other information. Let’s take a closer look.

A scan of the ERAs posted by this group in 2021 looks like they are not similar at all. However, their underlying skills-based ERAs were all within a range of half a run. Their K rates were all over 30%.

The most interesting aspect of this group is what each of these players will cost you at the draft table. Both Robbie Ray and Freddy Peralta (pictured) are going in the fourth round, within a few picks of each other. Both have an expectation of some regression off of last year’s surprising breakouts, but those strikeouts have big value.

Blake Snell is only three years removed from being inside the ADP top 30, but a litany of injuries have derailed his draft cost since then. However, if you are able to build his risk cost into your budget, this is a skill set comparable to the earlier draftees that comes at a four-round discount.

Similarly, Michael Kopech has his share of liabilities — add in his lack of MLB experience — but he owns another comparable skill set that would save you eight rounds at the draft.

So, you can pay up for Ray or Peralta, or use that fourth round pick on someone else, knowing that there are comparable skills available later in the draft. You just need to account for the risk cost.

Or in other words, this helps answer the question: Would you rather have Robbie Ray in the 4th round or Blake Snell in the 8th? Or conceivably, something like the choice between (Robbie Ray and Josh Bell) or (Blake Snell and Pete Alonso). Knowing that Ray and Snell have comparable underlying skills helps this decision-making process.